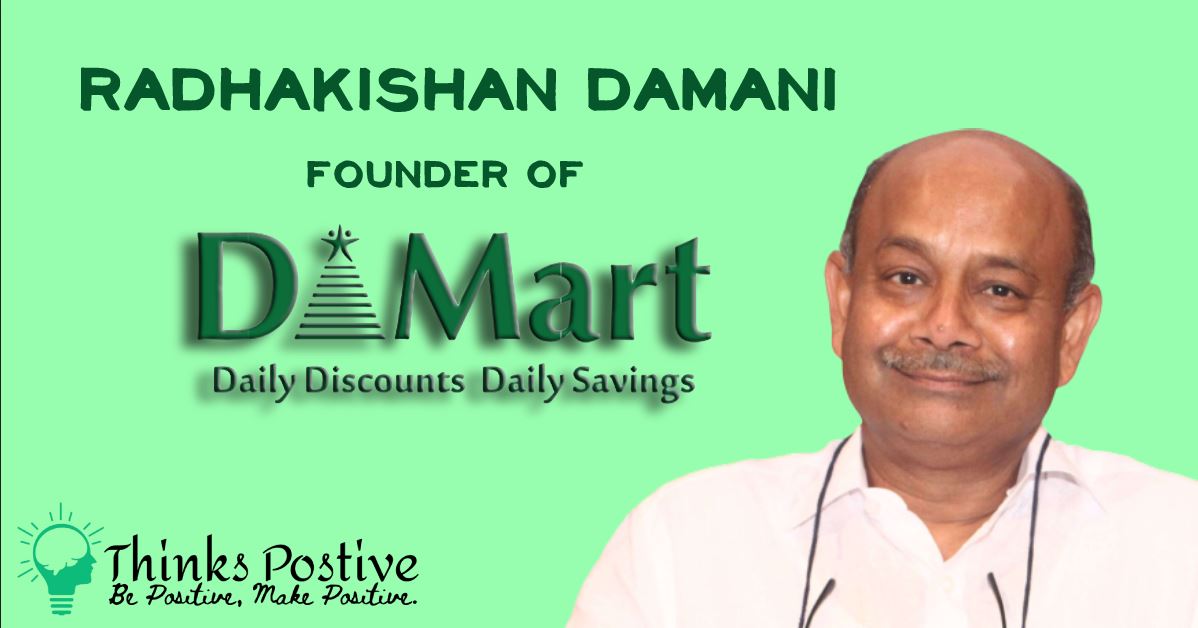 Radhakishan Damani, who is he?

Radhakishan Damani was born on March 15, 1954, into a Marwari family. He was raised in Bikaner, Rajasthan, from childhood to adolescence. Despite his humble beginnings, Radhakishnan is famed for his achievements as a self-made billionaire in our country. He was a college dropout, having foregone his B.com (Bachelor of Commerce) from the University of Mumbai in order to pursue his stockbroking career.

Radhakishnan is now Mumbai’s most powerful investor and entrepreneur. He is the owner of DMart, the country’s third-largest mega-retail business. He considers Chandrakant Sampat, a first-generation investor, to be his mentor.

Radhakishan Damani is an investor and entrepreneur headquartered in Mumbai. ‘DMart,’ the country’s third-largest mega-retail chain, is owned by the self-made millionaire. Chandrakant Sampat, a first-generation investor, is Radhakishan’s mentor. He states that Sampat taught him how to deal with high-risk business scenarios. He began his career as a company trader, but after his father died, he became a stock market investor due to financial difficulty at home. Radhakishan spent some of his early years in the stock market observing and speculating. During this time, he was particularly interested in Manu Manek’s stock-market methods, as he was one of the most feared market operators at the time.

Only after defeating the infamous Indian stockbroker Harshad Mehta did Radhakishan get a footing in the industry. Radhakishan made a lot of money in international equities in the late 1980s and early 1990s, and he finally became one of the country’s top stock market investors. He now has shares in companies like ‘VST Industries,’ ‘United Breweries,’ and ‘Blue Dart Express Ltd.,’ which provides logistical services.VST Industries, Sundaram Finance, India Cements, and Blue Dart are some of his portfolio’s best-performing equities.

According to ‘Forbes,’ he is India’s 12th richest person. Radhakishan is considered a mentor by Rakesh Jhunjhunwala, the Indian investor and trader known as the “Warren Buffet of India.” Radhakishan began his success story as a poor dealer and now commands ‘Dalal Street.’ He is always dressed in sparkling white attire.

Radhakishan was born in 1954 to a Marwari family in India. Shivkishanji Damani, his father, was also involved in the stock market. Gopi Kishan is Radhakishan’s younger brother.

Radhakishan was a BCom student at the ‘University of Mumbai,’ but dropped out to pursue a commercial career.

Radhakishan began his work as a trader in the ball bearings industry. He was uninterested in the stock market at the time. Unfortunately, Radhakishan’s father’s unexpected death prompted him to enter the stock market.

Radhakishan sold his company and joined his brother, who was already in the stockbroking industry. Radhakishan was in his late twenties at the time and had no prior experience in the industry. As a result, Radhakishan’s initial step was to observe and learn how the stock market worked. At the age of 32, he began speculating and made his first stock market investment.

Radhakishan quickly realized, however, that mere conjecture would not help him establish himself in this high-risk industry. He then began to study how to invest and grow money. Radhakishan was strongly affected by Chandrakant Sampat, a value investor whom he had met in the early 1990s, during that period. Radhakishan experienced a few early setbacks when he lost a number of his bets. He has resolved to make long-term investments since then. He began to succeed soon after.

Radhakishan improved his stock market experience by watching Manu Manek, the feared market operator of the 1980s who ruled ‘Dalal Street.’ Radhakishan studied Manek’s operational techniques in depth (he was dubbed “The Cobra” by brokers who despised him). It took a few years for him to put Manek’s strategies into practice. This later assisted him in defeating Harshad Mehta, the mastermind of the 1992 ‘Securities Scam,’ which is regarded as one of the largest stock market frauds in Indian history.

Radhakishan is the father of three daughters. Manjri Chandak, one of his daughters, is the manager of ‘DMart.’ Gopikishan, Radhakishan’s brother, and his wife also assist in the hypermarket’s promotion.

Radhakishan has a quiet life and rarely speaks to the press. He also avoids gatherings in public. Because he generally wears white trousers and white shirts, the soft-spoken ‘DMart’ proprietor is known as “Mr. White.”

RK Damani does not consider himself to be a well-educated individual. He dropped out of the University of Mumbai while studying for a B Com degree. RK Damani operated a tiny ‘ball-bearing business before entering the stock market. Following his father’s death, he began working as a stockbroker at his family’s firm. He was 32 years old at the time.

As a result, unlike most digital entrepreneurs who begin their business careers in their twenties, RK Damani came late to the party yet still managed to make it big.

A Career in the Stock Market

Despite the fact that RK Damani started his career as a stockbroker, he quickly recognized that if he wanted to earn real money in the market, he needed to trade his own money rather than work for a brokerage firm. He began investing in the Indian stock market soon after.

RK Damani made a lot of money from his stock trading. He was an extremely adaptable trader who believed in profiting from various market movements. During the Harshad Mehta scandal, for example, he gained a lot of money by ‘Short-selling’ stocks, which were not popular at the time.

DMart’s ‘Initial Public Offering’ (IPO) under the ‘Avenue Supermarts’ parent company. The broad process through which a private corporation can issue its stock shares to the public in the form of fresh stock issuance is known as an initial public offering (IPO). So D-Mart created a new record with an incredible opening that had a significant impact on the ‘NSE (National Stock Exchange) market, propelling Radhakishan to the number 20 spot on the list of India’s top 20 billionaires. Radhakishan became India’s retail king in March 2017. The success of ‘DMart’ is claimed to be due to three pillars: its customers, sellers, and personnel.