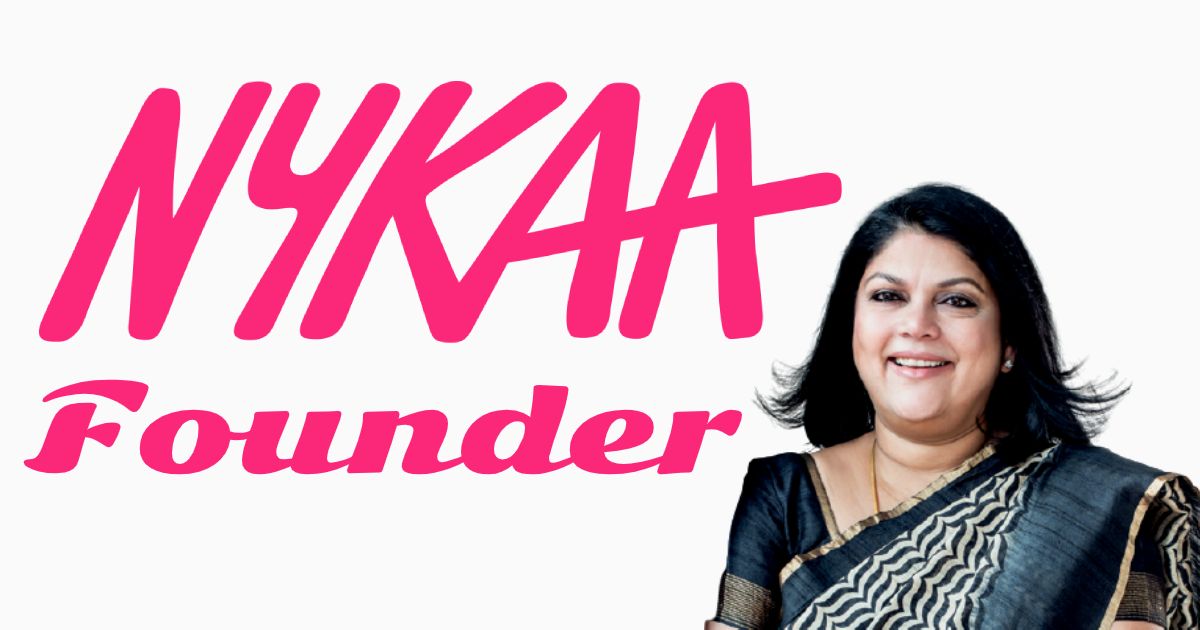 A dreamer is always labeled as insane until his or her vision becomes a reality. Falguni Nayar, the founder of Nykaa, one of India’s most popular online fashion and lifestyle portals, lived the perfect existence. She abruptly announced her departure from Kotak Mahindra after 20 years of service as a venture investor and merchant. She led herself towards Nykaa, taking advantage of the vast array of beauty and skincare items available online, and out came a platform that made history with its arrival. Making way for an entrepreneur who told the world that age is just a number while effectively running her online business and 35 physical storefronts.

The brand has become synonymous with wellness and beauty, and it is expanding its luxury outlets (Nykaa luxury) in high-profile locations. Nykaa has also been a pioneer in bringing international luxury brands to India, offering a varied range of products and services to Indian customers.

It is quite difficult for a person to retire at the age of 50 and then consider starting a business from scratch. If it had been easy, there would have been no inspiring examples like Falguni Nayar’s, who left a well-established position to pursue her entrepreneurial dream, Nykaa.

She worked with Kotak Mahindra Group for about 20 years as a venture investor and merchant. She graduated from IIM Ahmedabad. She headed the institutional equities division after working for the group’s global operations in the US and UK. She was named managing director of the group’s initiative saving money business in 2005.

Falguni Nayar awarded herself the title of CEO of Nykaa in April 2012, after leaving her ‘perfect’ existence behind. In a statement to Vagabomb, Nayar claimed, “People thought I was crazy.” She studied the online market in India and its rise. The beauty segment was chosen because of her passion for make-up as well as the potential internet market that was waiting for someone to create such a platform.

She founded her company in Mumbai, where she was born and raised, after being inspired by entrepreneurs like Ronnie Screwvala of UTV and Ajay Bijli of PVR Cinemas. She believed she had it in her to be an entrepreneur after watching her father operate a modest bearings company. During her childhood, the stock market and commerce were frequently discussed in her home. In an interview with Livemint, she said, “Plus, I am a Gujarati.”

Nykaa came about after Falguni Nayar’s children (twins Anchit and Adwaita) left for their education in the United States and she had some spare time on her hands. With a self-imposed target of 50 days, the one-woman army took a risk and abandoned her position at Kotak, “where everything was going perfectly,” she told Livemint. She describes herself as an “adventurer.” “I’ve never been a strong swimmer, but I’m always the first to jump in.” “It never occurs to me to think about what would happen if I broke my leg,” she continued.

“I love make-up, but I don’t have time to put it on any longer!” she admits. She was driven by her instinct that India needed an internet platform for cosmetics and wellness, as well as her loud laughter. She has effectively curated over 850 brands and 35,000 products, bridging the gap and altering the way women shop. With 17 locations across India, the brand has a strong presence in a number of cities. Nykaa Luxe and Nyka On Trend are the two retail formats. Luxe carries Indian and worldwide beauty brands, as well as Nykaa Beauty, an in-house beauty line, and On Trend, a line of popular market products.

In March 2016, the young but incredibly successful online beauty brand debuted private-labeled bath and body care products, with a target audience of 22 to 35 years old. Nykaa, which operates on an inventory-based premise, has warehouses in Mumbai, New Delhi, and Bangalore and sells all major brands such as Kaya Skin Clinic, Lakmé, and L’Oréal Paris, among others.

Falguni Nayar Nykaa has established herself as a distinct brand in the market. The brand’s connection to its founder is indelible, and it stems from her unwavering commitment to her dream. Nykaa, derived from Nayika, which means “life’s actress,” is unquestionably the ideal name to both adorn and encourage women. Bravo to the company and to the woman who never stops working and consistently exceeds her own goals.

Nykaa’s revenue in FY19 is expected to be around Rs. 1,159.32 crore. What’s noteworthy about this number is that Nykaa had a loss of Rs. 17.7 crores a year ago; nevertheless, it came back quickly and reached a profit of Rs. 2.3 crores.

The brand has raised roughly $145.9 million in total funding after ten rounds of selection.

Nykaa has been designated as a distinguished “unicorn startup.”

Furthermore, the two ways for making money with this fashion brand are listed below. You might use these strategies in your business as well, depending on your niche and platform.

Offline, the team adheres to the Business Inventory Model concept. Warehouses are where the goods are made and kept. They obtain the products directly from the cosmetics companies.

The group operates and distributes its beauty and wellness items online, charging a reasonable commission rate for luxury-specific elements.

Nayar was born and reared in the Maharashtra city of Mumbai. Her father was a businessman who owned and operated a ball-bearing company. Her mother used to work alongside her father in the family business. Her brother works as a physician.  She holds a bachelor’s degree in commerce and economics from Sydenham College and a master’s degree in management from the Indian Institute of Management Ahmedabad.

In 1985, Nayar worked as a consultant for A F Ferguson & Co., a management consulting firm.

Nayar joined the Kotak Mahindra Group’s mergers and acquisitions unit in 1993 and worked there for 19 years in various roles. She was appointed as a managing director in the company in 2005 and left in 2012 with the same position.

She launched Nykaa with a seed capital investment in April 2012, at the age of 50.